The first edition of the Awards Ceremony took place in Brussels on the 28th November 2012 in the premises of the European Economic and Social Committee and rewarded projects related to the civil society development and dedicated to structural reforms, to strengthen the democracy legitimacy and to promote a more actively engaged society.

The second edition, which took place in Brussels the 6th of June 2013, was organized in partnership with the European Academy for Education and Social Research, Informo, and Research Media Ltd, with the cooperation of the Lodzkie Regional representation in Brussles, Communication Package, The Regional Review, and The Research Review. It was focused on ideas, ongoing and concluded projects in the two working groups “Research Innovation and Technology” and “Environment, Consumers and Health”.

The third edition, took place at the European Parliament in Brussels the 7th of October 2013, was organized in collaboration with the European Academy for education and social research, Research Media, and The Regional Review and The Parliament (Dods), and rewarded the best ongoing and concluded projects in the framework of the IPA funds 2007-2013. During the Ceremony EPA were also rewarded the best actors in the regional and local development at European level.

The fourth edition, took place in Brussels the 7th of June 2014 in the frame of the Festival of European Cities and Regions. This edition, organized in partnership with Association of Local Democracy Agencies (ALDA), was focused on individuals. It rewarded people who positively impacted our society by giving a great contribution in the European projects field during their career, or who contributed somehow to the development of this growing, constantly changing sector. 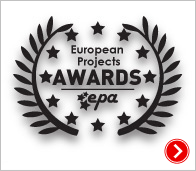 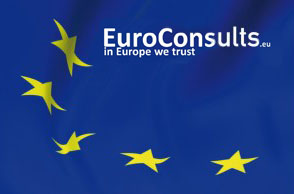